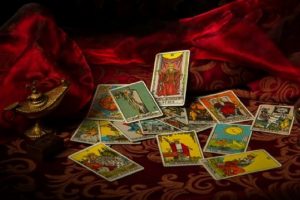 Have you ever wondered how those Tarot card interpretations were derived? If you take a closer look particularly at the ones that are commonly used by Tarot readers of today, you’ll be amazed with the similarities that they have with modern psychology; that is the reason to the title of this article: Tarot cards_Modern Psychology link

Mind is the thinking capability in humans. Mind is an abstraction, which is primarily done by the brain and other parts of the nervous system. Some parts of the mind never change; instinctual intelligence may be the name of this.

Other parts of the mind do change; these parts might be called emotional intelligence. In addition, humans are the most intelligent specie, with the highest IQ, or intelligence, which enables the greater and faster adaptability to changes and adaptability in the environment.

Founded and developed by Carl Gustav Jung, the Jungian Psychology, otherwise known as the Analytical Psychology, played a major role in influencing the interpretations that can be observed in the Tarot decks.

According to Jung, the totality of the human mind has three different sub sections:

The latter two are for the hosts of universal symbols and figures, as well as archetypes which are a mainstay among religions, tales, stories, legends, and myths.

They build the structure of the collective unconscious – they are psychic innate dispositions to experience and represent basic human behavior and situations.

Self or Ego archetype is the Center of the psychic person, his/her totality or wholeness.

The Center comes of the unity of conscious and unconscious, helps to reach through the individuation process.

In all cultures and religions, Archetypes manifest themselves through images, dreams and visions. Therefore a great deal of Jungian interest in psyche focuses on dreams and symbols interpretation.

This relates to the universal data, that is, every human being is endowed with this psychic archetype-layer since his/her birth. One cannot acquire this data by education or other conscious effort because it is innate, or is part of your individual DNA. Nowadays we can relate also to “ancestral memory”.

We may also describe it as a universal library of human knowledge, or the very transcendental wisdom that guides mankind.

Jung stated that the religious experience must be linked with the experience of the archetypes of the collective unconscious.

Tarot cards are a tool for gaining insight into the mind. Repression and self-censorship mechanisms blocks normal thinking, this is Belief System.

Sometimes, simply talking to another person is sufficient to bypass these mechanisms and the other person can see and reveal to us what we hide from ourselves.

Much as the other person’s repression and self-censorship mechanisms are as much a problem as our own.

Self-censor ship mechanisms are a result of our Belief System.

Apart from being popularly used among major religions, folklore like myths and legends, the archetypes are also present in the 22 card Major Arcana suit.

In addition, Those who practice the Jungian Psychology believe that the archetypes like the Emperor and the Empress in the Major Arcana play a critical role in enhancing the intellectual capacity of the conscious mind through its unconscious counterpart.

The powerful symbols present in the 78 card Tarot deck act harmoniously to deliver unique and deeper message to the interpreter. These archetypes effectively help the Tarot readers as well as questioners in becoming well aware of their subconscious mind.

It is believed that Tarot card reading, particularly deciphering the message embedded by the combined symbols helps the readers and questioners alike in better familiarizing themselves as well as the important archetypes that are present and working throughout their lives.

The Major Arcana and Psychology in the Modern World

One of the main purposes of Tarot card reading is to take a quick look at a portion of the questioner’s future through interpretation of the chosen cards.

However, it doesn’t mean that what is definitely will take place in the future. In the world of Tarot card psychology, nothing is certain especially the querent’s foreseen future.

This particular future is only made visible simply because of the questioner’s present state of his thoughts. And if you are in full control of your thoughts, then so is your future.

The true purpose of Tarot cards

Tarot cards don’t work alone. The results of Tarot card reading directly depends on the questioner’s state of mind. The cards, with the aid of the reader’s mind clarity and capacity, provide a mirror like reflection of the questioner’s deep subconscious mind.

Interpretations are on the latter’s thinking patterns which then serve as a tool to foretell a possible outcome or future.

My four decades of Tarot card reading experience has taught me a very important lesson – Tarot cards don’t necessarily tell what will happen in the future. Rather, they’re a tool to help you discover your deeper self.

Although originally designed for playing card games, mystics soon realized the intricate decks held a divinatory power far exceeding their initial intended purpose. While there are many variations of the original deck out there, a standard deck is comprised of 78 cards with the same essential elements.

What is the Tarots Major Arcana?

The entire deck of Tarot is for 78 cards and in that group are the trumps or the suit which is of 22 cards collectively. Major Arcana is the name of them.

The suite acts more like the core of the entire 78 card Tarot deck. Because a sort of generic story revolves around the Major Arcana which is about mankind’s seemingly endless quest or hunger for knowledge.

Tarots- Psychology of the Major Arcana

The Major Arcana is a suit of 22 cards from the Tarot deck. The symbols in the Major Arcana represent the different ways our minds may work in gaining knowledge that the world has to offer through early years education given by our caregivers and experiences from life.

Like in the rest of the cards that comprise the entire deck of Tarot, the Major Arcana cards archetypes have their own respective symbols and meanings which help the reader interpret and understanding of the questioner’s state of his deep subconscious mind prior to present circumstances.

The following are the archetypes or the powerful symbols of the cards of the 22 Major Arcana and their equivalent meanings:

The Psychology of the 56 Minor Arcana

Minor Arcana consists of four suites of ten cards and each one represents an element.

The Court Cards are 12 and represents people that relate to the querent. These people have personalities that reflect the qualities of their suit and rank. Consequently, the court cards show us certain ways of being in the world like age, behavior and style.

Why use Tarot cards?

Through the Tarot cards, the reader is able to see a glimpse of the future. Because a wrong belief or concept of the future is that it is certain and that the message delivered by the Tarot cards is the ultimate future of the questioner. For me, that is wrong. In addition, nothing is certain.

The future revealed by the cards only represents something that ‘MAY’ happen simply because it is being directly affected by the thoughts present in the conscious mind.

And these thoughts can still be molded to come up with a better future. In a scientific terminology, the Tarot reading is giving you the most probable outcome given your current state of consciousness.

Tarot cards are nothing but tools to help us know ourselves a whole lot better. The cards can tell you how your mind is presently working and where it may soon lead you.

Basically, and if understood correctly, Tarot cards are good in discovering our inner self and not for finding a favorable fortune in the future. That is what I have come to realize in my four decades of Tarot card reading.

Finally, you should keep in mind “Life is really a probable outcome at any given time“.