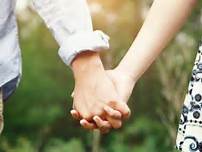 Our gender is an integral part of our physical, intellectual, emotional, spiritual and psychic being. As soon as we are born, our parents proudly proclaim us a girl or a boy and we are immediately directed one way or another – two very distinct paths, one might add – and formed and socialized in such a way as to fit the norms. In short, a set of rules is imposed upon us. Some can be quite beneficial and help us express our full potential, find happiness, form relationships, hone our intuition, and allow us to be who we truly are. Others however may be doing more harm than good, imposing a belief system that may even require the help of a life-coach to detangle ourselves from.

So, what is wrong? Which are these downsides of gender expectations?

What is blocking our intuition and preventing our psychic gifts from manifesting?

What are the negative elements that ought to be cast aside for us to truly bloom and flourish? And, most importantly – why are so many relationships such a bumpy ride?

The truth is, romantic love is perhaps the first belief system that is presented to us all upside down.

The role of the male is defined as aggressive and that of the female as passive. He is the vicious hunter and she the housewife. He is out to fight the enemy while she is to be kept barefoot and pregnant. Her job is to stay at home and her efforts are praised only when the house is spotless, and the children are well behaved. The game of sex is performed only at the initiative of the active, masculine partner while the female is the “recipient” and not much more. 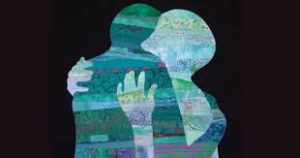 Still, today, at least in the Western world, this belief system’s predominance is slowly but surely ceasing to be the case. Women with powerful intuition are an essential part of the professional working force. Their role cannot be underestimated – from the rational to the psychic, from scientific to artistic as well as diplomatic. A life-coach and a nuclear physicist, she is a force to be reckoned with. A messy household is now the responsibility of both partners and raising children is too. Men are finally allowed to have actual human feelings. Yet, even today, with so much progress, we are still facing several different issues that ought to be addressed.

The new belief system is a mixture of the good and the not so good – just like the old. Some parts of it ought to be overhauled and mitigated for us to be able to progress as humanity. Women assuming a more active role in pursuit of their partners has created great liberation but also put additional pressure on both sides. Today, men are severely affected by stress and the consequences of “sexual performance anxiety” while both sides are finding it hard to maintain a long-term relationship. The situation sometimes seems so entangled that it almost requires the razor-sharp intuition of a psychic life-coach. Men often feel rejected and look for validation outside of the house. Women too – if they do not feel supported emotionally and financially. This can only result in cheating and the eventual breakup of the union.

So, what needs to be done to change our Relationship Belief System?

The answer is far from simple. Our intuition can help us solve a part of the puzzle.

1-Clear lines of communication over each other’s wants and needs can keep the energy flowing and, over time, establish an almost psychic rapport between the partners – if only we don’t forget to always be kind.

2-Understanding the situation from another’s perspective is never easy but, on the long run, can be exceptionally beneficial and build a relationship that will last a lifetime.

3 -Casting aside old and harmful belief system (or systems) becomes of paramount importance – be they centered around the aggressive role of the male, the assumed submissive role of the female, the need for validation outside of the union, or the superficial search for sexual pleasure that leaves one ultimately feeling unfulfilled and empty. It is very liberating if a person can achieve this on their own, by sheer force of will, and find a way to build a stronger foundation with their partner.

Sometimes however, a bit of counseling can do the trick, and a life-coach may just prove to be a lot more helpful than we initially thought they might be. 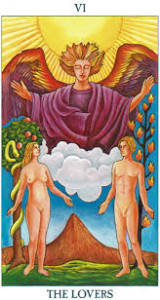