The New Consciousness is not about Religion, It’s about Spirituality

The new consciousness is not about religion, it’s about spirituality 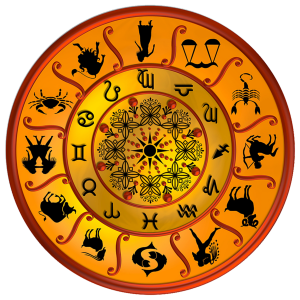 Each person’s destiny is written in the stars. If you are facing a problem and would like to make an informed decision, then a visit to a psychic counselor or an astrologer can also be a part of your destiny. Still, when it comes to life’s most pressing issues, many people will still point you towards any religious establishment. The church presents itself as the answer to all questions but sometimes it may not be so. With its focus on the collective consciousness, it might simply ignore some of your individual needs. The solution to the obstacles you may be facing needs to be tailor-made. The widely spoken about new consciousness is not so much about religion but about spirituality. A truly psychic guide could be a much better bet.

The conflict between religion and spirituality 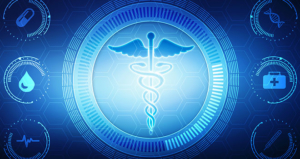 In the minds of many, religion and spirituality are supposed to be one and the same. Unfortunately, this is not always the case. The collective consciousness of the church often poses as a more elevated universal consciousness but it rarely covers all the finer points of it. Religion sets boundaries between people. Spirituality advocates oneness of all that roam the Earth. This, however, is not a blanket criticism of any faith. In fact, the most frequent clients of psychic counselors are Christians, Jews, and members of many other denominations. Most are returning clients. They see the evidence of the effectiveness of psychic work. Maybe the chief reason why religion criticizes psychics is a simple territorial dispute? In reality, both can work together in harmony.

What is the purpose of consciousness?

Before we proceed, it is important to touch upon one thing. What is the purpose of consciousness? It is a question that many folks attempt to answer but few come close. In fact, it is perfectly possible that a complete, succinct, to-the-point response is not within our reach. Religion tries to do this – science too. Still, the collective consciousness has yet to reach the point at which it can effectively process the information. It is time for a change. The road to greater spiritual development and, ultimately, happiness, lies within the realm of the new consciousness. Compassion, empathy, and an open mind are crucial. Then we may discover our true purpose.

Bringing together spirituality and science 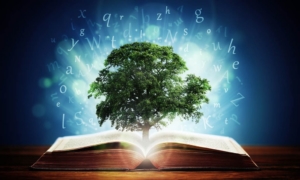 As we have already mentioned, in addition to religion, science also tends to interfere with psychic phenomena and higher consciousness. In fact, in recent years, it has launched quite a few attacks on the mere notion. Most experts in the field denounce it altogether. Still, the connection between spirituality and science is (and ought to be) strong. There is no reason for them to be in opposition. The goal of metacognition is one and the same.  Neuroscience and spiritual science can work perfectly well together. The obstacles are imaginary and purely ideological.

The path to spiritual growth and healing

Everyone’s journey is different. Many were hurt along the way. This is why healing is an important element of spiritual growth. Even neuroscience agrees. There are various ways of going about this. Meditation, prayer, self-reflection, and consultation with a psychic guide are among the most popular. The new consciousness is not about religion, it’s about spirituality. So, which is the most effective mode of healing? The answer largely depends on you and your own needs. The process has to be made-to-fit. A thorough healing process can be extremely rewarding. In the long run, it can help you reach the source of universal consciousness and attain complete metacognition.

Reaching a higher consciousness is, after all, a purely spiritual science. Everyone has the potential for it. Have you ever simply “known” something to be the case, even if you didn’t have the logical means to come to the conclusion? That is intuition. It is an innate gift that you should not shun. Imagine if you were able to amplify it. Your potential for happiness would grow exponentially! Religion can help in part but the rest requires a more individual approach. An experienced psychic guide can serve as an excellent solution. The road to new consciousness can be a lot easier this way. Forecasting the future is but one piece of the puzzle. A good tarot reader can also offer psychological and therapeutically effective ideas – from yoga, acupuncture, to guided meditation. The choice to allow someone to help could be the best one you’ve made in years.