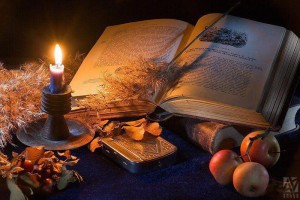 It is common to hear the word “dual” and “nondual” in spiritual circles. These words are broad in essence, because of its multi reference point and can only be clearly defined within the context that it is used.

Dualism is the observation that everything has its exact opposite. So that there is good and bad, pain and pleasure, life and death, day and night, etc. It is common feature in religion to have this kind of thinking.  As an example the Cathars, a Christian sect in Southern France believed that there was dualism between two gods, one representing good and the other representing evil.

Western Approach to Spirituality tends to be more non-dual to a varying degree. Whereas we had a dualistic view of God vs. World, Spirit vs. Flesh, the non-dual stance would be that God is the world, or at the very least, can be revealed through intimate engagement with the world.

As such, the mind, body and spirit are interrelated and that there is a form of monism, and unity throughout the universe. It attempts to create “spirituality without borders or confining dogmas”   and a “worldview that includes both science and spirituality”, which is a classic expression of the New Age Movement.

This non-dualistic stance is exemplified in Advaita Vedanta, a form of sophisticated Indian spiritual philosophy that has become increasing popular in the West. The Indian Saint, Ramana Maharshi, taught that self -realization, or the realization of the oneness of who we are, is not some distant goal that only few can attain. The Self is that which is always and already present, that which doesn”t come and go. The love, peace and happiness we have been seeking is already here, and is fact who we are.  Through experience aided by certain contemplative practice such as meditation, we can awaken from the dream of separate self to the reality of Oneness, to the spiritual truth of who we are as non-dual consciousness.

According to the author, Nevill Drury, there are “four key precursors of the New Age”, who have set the way for many of its widely held teachings.

Emmanuel Swedenborg (1688-1772)-  Swedish scientist, who believed that he could travel to heaven and hell and communicated with angels, demons and spirits ( Christian mysticism)

Franz Mesmer (1734-1815)-  German physician, who developed a form of healing using magnets, believing that there was a force known as “animal magnetism” that affected humans.

Helena Blavatsky (1831-1891) – Russian occultist, one of the founders of the Theosophical Society, through Popular misconceptio… Even if you don’t plan on doing a program, your health will benefit from adding more superfoods to your daily diet. which she propagated her religious movement of Theosophy, which itself combined a number of elements from Eastern Religions

George Gurdijeff (1872-1949)-  Russian spiritual teacher, who founded the philosophy of the Fourth Way, through which he conveyed a number of spiritual teachings to his disciples.

Swami Vivenkananda (1863-1902)- Indian Hindu monk and chief disciple of the 19th century saint Ramakhrisna,  an adherent of the philosophy of Vedanta who first brought Hinduism to the West in the late 19th century.

This western approach to spirituality continued to flourish through time. It is manifested today in the growing interest of mankind in free energy, out of body experience, UFO”s, psychic phenomenon, alternative healing and other topics that conventional sciences find it difficult to explain.

Thanks to the New Age we have now what we call “spiritual but not religious”, which is highly attributed to the eagerness of many individuals to apply the principles of metaphysics and spirituality without the need to justify the results with scientific inquiry.

Nevertheless, spirituality remains highly subjective and intimate experience for most of us. The main difference that set spirituality apart from religion is the overall tolerance for a broad range of beliefs, openness to new ideals and the respect for personal inner guidance, enlightenment and experiences.

As what the famous Robert Fuller said, “Spirituality exists wherever we struggle with the issue of how our lives fit into the greater cosmic scheme of things”.  This is true even when our questions never give way to specific answers or give rise to specific practices such as prayer or meditation. We encounter spiritual issues every time we wonder where the universe comes from, why we are here, or what happens when we die?    We also become spiritual when we become moved by values such as beauty, love, or creativity that seem to reveal a meaning or power beyond our visible world. An idea or practice is “spiritual” when it reveals our personal desire to establish a felt-relationship with the deepest meanings or powers governing life.

Welcome to the New Age !