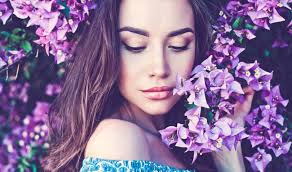 Feminine energy psychic power on the rise is also a moment of truth, an open door for change, a chance to make way for the new and the better.

The year of 2017 has been one of great turmoil and change, both for the better and for the worse. While the political situation has grown ever more tense, globally, certain social changes have continued to gain momentum and one need not use their intuition to sense that something great is happening before our very eyes.

And the energy of the archetypal goddess, in particular, seems to have received quite a boost. Perhaps the most obvious sign of this has been the scandal around a number of men in Hollywood when their past (and present) of sexual abuse aimed at women (and sometimes men) was revealed.

A number of women,

In particular, came forward out of which quickly grew an entire movement, an internet phenomenon, and the hashtag #MeToo which went to show how many women around the globe have endured sexual assault of one kind or another.

Maybe slightly frightening, it is also one of catharsis, a moment of truth, an open door for change, a chance to destroy the old, the bad and the harmful, to make way for the new and the better. Call it a type of energy healing if you will, it seems perfectly in sync with the Age of Aquarius into which we have been sailing for the past several decades.

Is leaving the more rigid, dogmatic Age of Pisces, replacing religion with spirituality, ready-made assumptions with personal exploration, dry logic with divine intuition, limited notions of self with energy healing through knowledge and compassion. By thus gradually entering the Age of Aquarius, the focus is also shifting from an exclusively masculine world into a more balanced one, one enriched by free-flowing feminine intuition and compassion, love and forgiveness.

Just like any other sign, our Aquarius has it bright and its dark side. As enlightened and spiritually uplifted as it may truly be, it also has a tendency towards superficiality and even light insincerity – saying one thing, thinking another, and doing a different one altogether. With such energies at play, especially at such a large scale (call it a universal balancing of chakras, if you will), it is important to know how to maneuver the situation so that we receive more of the blessings and less of the curses that the sign has to offer.

#MeToo movement can thus only make a real difference if it gains momentum on all levels – from the successful and highly visible world of Hollywood to the far less glamorous realms of the common folk. All the businesswomen, the nurses, and waitresses, accountants and housewives – all should be protected from any form of violence in equal measure.

The most vulnerable members of society are truly protected can say society really claim to have climbed that one step towards a better future. This is a matter of spiritual growth (both individual and collective) but also of natural advancement and abandonment of elements and behaviors that don’t serve their purpose and in fact never have.

A less violent society, a world of peace and harmony is the one our natural environment expects from us, and one we should offer to it as thanks for having nurtured us for so long.

This sort of tectonic civilizational movements does take time and require a large amount of effort (physical, intellectual and spiritual) to be seen to their completion. Even if the stars are well aligned and the Universe is conspiring to help, the divine feminine principle can triumph only if everyone involved puts in the work needed.

This may manifest as a more rational approach to both courting rituals as well as solving conflicts, one not driven by negative emotions and aggression, but by calm logic and true empathy. Only through such a new attitude can we expect a true shift to take place.

Most of the power for transformation, the transformation of self and of others, lies within the realm of the female. The divine guidance if you will, one of deeply felt intuition and compassion is of paramount importance and only possible through women embracing all the positives of their femininity, their nurturing side as well as their more assertive and outspoken aspect.

An approach that gently nudges in the right direction but doesn’t force a thing, with the loving touch of a mother, the friendly advice of a sister, the starry-eyed hopefulness of a daughter, the strength of the female warrior and the wisdom of the high priestess, only through such means can our own little Universe hope to move forward into a new aeon and into a better version of itself.

The power of feminine

Energy is very real, almost physically tangible, but is one that has lain dormant for centuries. Feminine intuition in all its aspects was often viewed as a strictly negative occurrence, a work of the devil, but in reality it is a divine gift, one that can provide support, nurturing, energy healing in many forms, and a way out of the shackles of oppression and into the domain of the archetypal goddess. At last, this powerful force is gaining a voice.

With feminine energy psychic power on the rise

Influential publication as TIMES magazine gave the award of the person of the year 2017 to the movement The Silence Breakers is but one sign that things are moving in the right direction and that women ought to keep fighting for freedom, for themselves and for all those whose voice is not yet heard enough – for a more equal world in which differences are celebrated, in which violence does not exist, and in which instead reigns understanding and compassion, love and support, celebration of the feminine intuition that goes hand in hand with a benevolent and mindful masculine principle.

Speech at the Golden Globes, at the very beginning of 2018, calling for “a day when no one has to say ‘me too’”, has proven that the movement is here to stay. This but a small piece of the puzzle could prove the beginning of a new form of energy healing. And yet another boost for the power of feminine intuition which should allow to shine in its full glory.